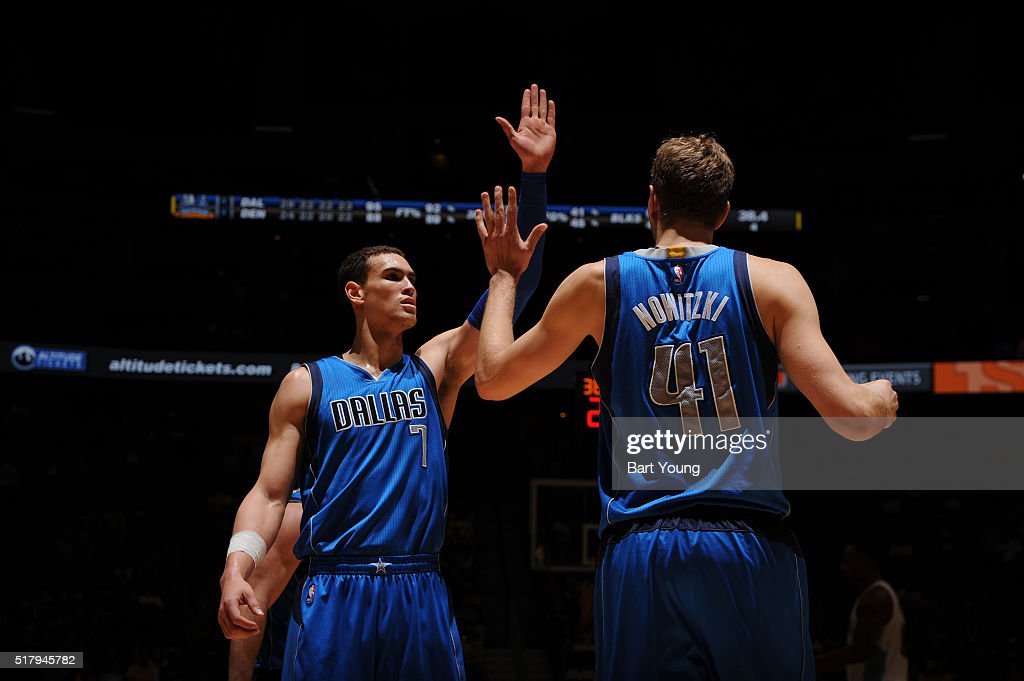 For the Dallas Mavericks to keep their playoff hopes alive, last night’s game in Denver was a must win. With a brutal schedule to finish out the season that features their last five games against the Rockets, Grizzlies, Clippers, Jazz and Spurs, they needed to take care of business on the road against a lesser Denver Nuggets team. They did just that en route to a 97-88 win Monday night, snapping a three game losing skid.

The shorthanded Mavs were looking for answers. Injuries to Chandler Parsons and Deron Williams had Rick Carlisle looking for a spark, and found just that in Justin Anderson and Dwight Powell. The Mavs two youngest players were inserted into the starting lineup and came up big for the Mavs and had fun while doing it.

While the game stayed relatively close the entire way, Dallas was eventually able to pull away in the fourth quarter thanks to four straight possessions ending in Dwight Powell buckets, two of which were dunks. A J.J. Barea three with 3:18 left in the fourth quarter gave the Mavs their largest lead of eleven and they never looked back.

A fourth straight loss coinciding with a plethora of injuries could’ve doomed the Mavs playoff chances. Thanks to help from the young guns and tying a franchise record low with only four turnovers, the Mavs were able to get past Denver and keep their playoff hopes alive.

Here’s what we learned:

Justin Anderson is a Freakish Athlete: The Mavs rookie was making hustle plays all night long. He had two put back dunks, two blocked shots (one of which was a highlight stuff against Denver center Nikola Jokic), and a steal to go along with 11 points on 5/8 shooting.

Dwight Takes Flight: Without his offensive spark in the fourth quarter, the Mavs might not have won this game. His 12 point streak was key for the Mavs in the final frame. He had 16 points and 7 rebounds in his first career start.

JJ’s Energy: JJ Barea continues to step up in Deron Williams absence. He led the Mavs in scoring with 18 points off the bench on an efficient 7/13 shooting and had 11 assists to go along, giving him a double-double.

The Mavs head back to the AAC for one game against the New York Knicks at 7:30 on Saturday night. It will likely be another must win game for the Mavs as they continue to fight for their playoff lives.